The youngest child of Piper Halliwell and Leo Wyatt. Melinda is still older than all of her cousins. Despite the fact that her dad was a nonmagical human when she was born, she still has whitelighter powers, due to messing from some of the elders. As a result, she is also twice-blessed, though, along with her brothers, Wyatt and Chris, she has been absolved of any prophecies and magical destinies, so this may not mean much in the long run.

Due to various factors, especially Piper's orignal name for Wyatt before she knew she was having a boy, it is widely speculated that her name is Prudence Melinda Halliwell, but this has not been confirmed.

Melinda orbs some potion bottles near the stove. When they get mixed with each other, they great a giant vine that causes havok, lifting both her and her mom in the air.

Along with her brothers and cousins, she goes to Magic School with her dad while her mom and aunts deal with magical issues.

She orbed a teddy bear to her while no one was looking.

She threw a magical tantrum, orbing items all over her mom's restaurant when her pacifier was taken away.

While the adults are trying to get back her mom and her Aunt Paige, Melinda, her brothers, and their cousins have a sleepover downstairs. When her grandpa, Victor Bennett, shows up to help out with them, Melinda is sound asleep in a playpen with her cousins Kat and Tamora Mitchell﻿.

When Piper calls to check on her kids, since she won't be home for a while, Melinda is asleep. Later, Melinda is taken to the store by one of the duplicate Pipers.

When Paige and Prue cause a major mess up in the family powers, Melinda gets to hover up in the air above her brothers' heads using orbs, something that her father was doing when Phoebe first learned that Leo was a whitelighter.

Phoebe wonders whether her newborn daughter will be born with magic or if she will be powerless like her cousins, of which Melinda is one.

It is mentioned that all of the children, other than her cousin, Parker Halliwell, are hidden somewhere with her grandpa.

Melinda goes to an arcade with her parents and siblings.

She did not say anything in volume 1 or 2. 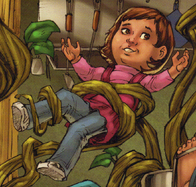 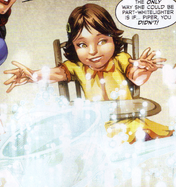 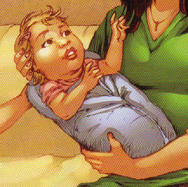 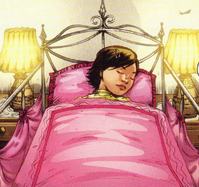 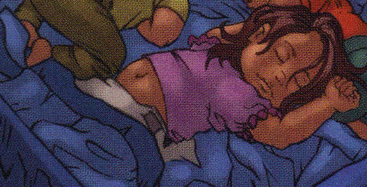 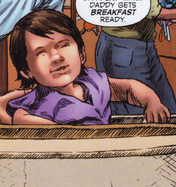 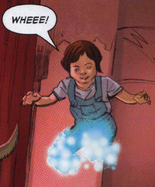 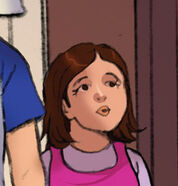 Haste Makes Wasteland
Add a photo to this gallery

Pat Shand said that Melinda was just over three at the time of Charmed Assault.

Retrieved from "https://thecharmedcomics.fandom.com/wiki/Melinda_Halliwell?oldid=12896"
Community content is available under CC-BY-SA unless otherwise noted.